Cartagena, Colombia, July 24, 2019. The VI Workshop of the Regional Group of Latin America and the Caribbean: “Monitoring and Evaluation of Climate Change Adaptation in light of the Reinforced Transparency Framework” ended with a call to strengthen the spaces of dialogue and exchange of experiences, as well as the lessons learned with a view to the design and implementation of robust climate change adaptation strategies that will ensure progress towards compliance with the Paris Agreement.

The activity was held in Cartagena, Colombia, from July 16 to 19. It was a joint effort of the Government of Colombia, the Alliance for Transparency in the Paris Agreement (PATPA) and the EUROCLIMA+ Programme of the European Union to through its Climate Governance Component implemented by FIIAPP, GIZ, ECLAC and UN Environment, in collaboration with LEDS LAC.

The workshop addressed the challenges of building national monitoring and evaluation (M&E) systems for climate change adaptation in order to know national progress. The M&E systems support the formulation of public policies in the countries of the region, and they help promote a framework of transparency at the international level.

Vanessa Moosmann, representative of the Alliance for Transparency in the Paris Agreement (PATPA) highlighted the importance of this type of dialogue spaces to achieve greater progress in the implementation of effective climate policiesm and Nationally Determined Contributions (NDCs).

The event was attended by José Francisco Charry, director of Climate Change and Risk Management (MiAmbiente, Colombia), who highlighted the importance of the workshop. “For the first time, we began to see a joint vision between mitigation and adaptation. Colombia is in the process of updating its NDCs and everything we learn here will be a contribution in that regard. The inclusion of adaptation to climate change in planning instruments in the territories is essential to face climate change” he explained.

Together with the pre-COP in Costa Rica and COP25 in Chile, Jimy Ferrer economic affairs officer of the Division of Sustainable Development and Human Settlements of the Economic Commission for Latin America and the Caribbean (ECLAC), highlighted the importance of these two events to discuss at regional level about adaptation M&E systems. “These are spaces for discussion to address at regional level the need for such systems for the field of adaptation to climate change” he said.

Diana Vargas deputy director of the Institute of Hydrology, Meteorology and Environmental Studies (IDEAM) of Colombia called to apply the knowledge acquired in this activity: “After this workshop, we have to take action. Our responsibility is to return home and implement the adaptation measures we need” she emphasised.

One of the issues discussed by the participants of the event was the importance of institutional strengthening for adaptation M&E. To generate information, and to collect, measure and disseminate it, several institutions need to be involved. Thus, the need to improve the articulation and coordination within governments, between levels of government (national and sub-national), among governments and among the organisations that work on these issues, remains strong.

Another theme highlighted in the workshop was the need to mainstream adaptation in the planning processes and development strategies of the countries. These strategies are needed not only to advance in the implementation of climate policies but also because it constitutes an opportunity to boost economies, employment, poverty reduction and the fight against inequality.

Likewise, an important point reiterated by the participants in the event was the possibility of taking advantage of the experience acquired by some countries in matters of metrics or indicators. These metrics are useful to identify progress or setbacks in areas such as vulnerability reduction, strengthening of resilience and increasing adaptive capacity. Creating such a space for sharing lessons learned will mean that countries are able to choose and work with a common metric, which will move them towards sustainable development.

The attendees agreed on the need to continue working in the framework of South-South cooperation, synergistic work, the alliance between countries and communities of practice –  all of these to achieve progress in monitoring and evaluation of adaptation. The role of the  EUROCLIMA+ Programme, UN Environment and the Alliance for Transparency in the Paris Agreement (PATPA) in supporting Latin American and Caribbean countries in these tasks was highlighted.

The activity brought together public officials from the region who are involved in monitoring and evaluation, planning and/or coordination of adaptation to climate change.

During its four days, the event combined active learning methodologies focused on the interaction between participants and had as an objective to exchange experiences at the regional level. The workshop also had technical training spaces and practical sessions.

Note to the editors:

EUROCLIMA+ is a programme funded by the European Union to promote environmentally sustainable and climate-resilient development in 18 countries in Latin America in particular for the benefit of the most vulnerable populations. The Programme is implemented under the synergistic work of seven agencies: Spanish Agency for International Development Cooperation (AECID), French Development Agency (AFD), Economic Commission for Latin America and the Caribbean (ECLAC), Expertise France (EF), International and Ibero-American Foundation for Administration and Public Policies (FIIAPP), Deutsche Gesellschaft für Internationale Zusammenarbeit (GIZ) and UN Environment.

Contact for the Alliance for Transparency in the Paris Agreement (PATPA): Vanessa Moosmann: [email protected]

Contact EUROCLIMA + and the implementing entities of the Climate Governance Component: [email protected] 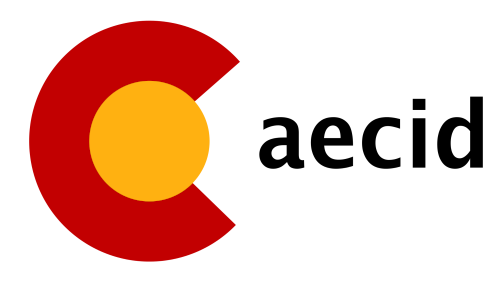